Exploding the potential of people to build brand equity

XPotential > Our work > Nurofen for Children

“Everyone gets a good nights sleep”

Seeking to be the No. 2 in pain relief for children

Its products had superior technology and unsurpassed pain relief credentials, yet Calpol remained dominant with 65% share.

Getting into the head of the consumer

‘The best Super-Claims are built from a basis of great information, understanding and insight’

XPotential worked with the Nurofen for Children brand team to review market research to understand it’s consumer/shopper, product usage and product information (formulas, claims, reviews) for itself and its competitors, in particular Calpol.

XPotential’s brand centric approach was then used to generate claims around the benefits and features of Nurofen for Children. Each claim was backed up by consumer insight and a clear reason to believe. The claims were then prioritised by ability to implement and impact on market share.

The top prioritised claims were tested in the UK market with the final claim ‘Everyone gets a good nights sleep’ being developed into at first a local poster campaign in London, in which the positioning doubled the brand’s share in the Greater London area.

The campaign was then rolled out nationally including TVC, print and in store. By 2001 sales had doubled reaching £6.1 million and market share grew over 400% reaching 25% in 3 years.
In 2017 the campaign was relaunched showing that the insight and benefit was still as relevant today as it was 15 years ago: 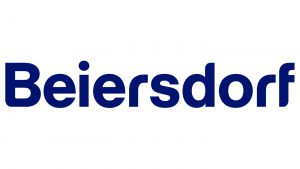